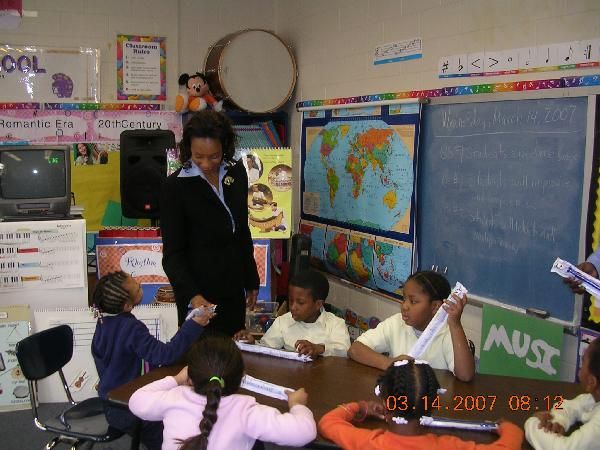 At the start of the school year Michael Taylor, the music teacher at Truesdell Elementary School, made a commitment to have a fully equipped school band. By January 2007, he had just about everything he needed – except for one thing. The school didn’t have any recorders, so Ex Nihilo donated them. The recorder is one of the introductory wind instruments and children throughout the United States learn to play them in elementary school. Mr. Taylor wanted to have all the instruments and the band organized in time for Music in Our Schools Month, which was held in March 2007.  Angela Dingle said “We are proud to be part of Truesdell’s success and congratulate Mr. Taylor for making Truesdell the first school in the nation’s capital to adapt the Keys to Achievement Program”.